Are You an American Expat?

Posted by Catherine Burdine - American Insurance for Expats on September 19, 2013 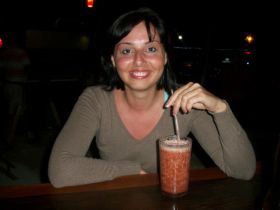 Who Is Considered An American Expat?

Calling yourself an ex-patriot does not necessarily mean you renounce or reject your home country.   An expatriate is any person living in a different country from where they were born as a citizen.   Recently, the term "expat" is often used in the context of professionals working abroad such as oil workers or missionaries.

What About Obamacare and the Expat?

In the new Internal Revenue Service (IRS) tax code, expats are treated as if they have health insurance regardless of whether they do or not.   In order to be exempt from the Patient Protection and Affordable Care Act (PPACA), or Obamacare insurance mandate, American expatriates must already be eligible for the IRS’ foreign earned income exclusion.

In order to meet the criteria for the exclusion that allows U.S. expats to avoid paying U.S. taxes on their first US $91,500.00 worth of income, the expatriate must have a tax home  in a foreign country, as well as be either a legitimate resident in that country (Resident Temporal or Resident Permanente) or spend at least 330 days a year outside the United States.

A stamped passport would verify your time outside the U.S. whether or not you own a home in your new country.

The US does tax citizens on income earned abroad, as evident in the listing of international taxation.  International taxation is the determination of tax on a person  subject to the tax laws of that country's laws even when those citizens are taxed by their countries of residence.

However, as stated above, US citizens are allowed to exclude their first $91,500.

Additionally, a 2010 US law known as FATCA requires expatriates to report any foreign bank accounts exceeding $50,000, with heavy fines for noncompliance.

We recommend getting a tax accountant that is familiar with international tax laws.  Ask your usual accountant if they are comfortable continuing to handle your taxes with your move to Panama or other foreign country, and if they are not, see if they can recommend one to you.  Depending upon the community you move to, you may be able to get a local referral.

Next My Two Getaways in Chiriqui Panama